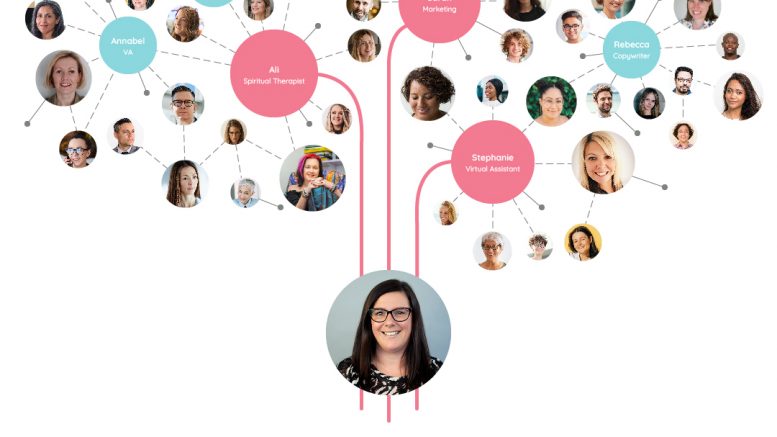 As a serial entrepreneur already, the award was for juggling balls, business & boys. So far she has created MumsRate – MumsRates – Mum to Mum Mag – SJPoole Networking – Social Media Consultancy – The Love Local Hub (Launching in MK in November).

Since making the huge decision to go it alone in business, Sam has encountered the challenges of bringing up children alone, reliant on a single household income, as well as building her own business. She has also had a difficult time recently following her 2 boys ASD diagnosis and navigating the difficult system to get Educational Health Care Plans.

Now her commitment has been recognised by the national organisation Single Mums in Business Network.

“I’m delighted to have been nominated for this award as setting up a business was my only option following my divorce, and to be recognised nationally is huge for my emerging brand.” said Sam.

“Being a single parent is hard work for anyone however there are particular challenges when you are also building your own business.

“There is constant pressure as you cannot rely on a regular income initially.

“I have made many mistakes along the way due to a lack of experience initially, but I have created a business that now employs 2 local mums and supports several freelancers on PAYG hours. We always find ways to support each other to deliver professional growth and collaborations, whilst supporting over 200 local businesses to grow too.”

When Sam started Mum to Mum, back in 2010 she never realised that it would become a well-known brand that is now set to Franchise in 2021.

“I started the Business Directory to enable me to work more flexibly when my children were six and ten after I decided to end my marriage. Now I’m supporting myself, my children and other parents to do the same.

“My growing team is mainly local mums, and my freelance designer, VA, PA, Copywriter and admin assistant are also parents with young children.

In the modern world of work, we feel part of the ‘freelance’ future and definitely not stuck in the past.

Sam (44) joined the Single Mums Business Network last year to support other women who are trying to run businesses and care for children on their own.

The network was founded by entrepreneur Julie Hawkins who was shocked when she found how difficult life became when she couldn’t combine her previous job with caring for her daughter.

“Many women are forced to make difficult ‘choices’ around their careers and caring for children – and as a society that needs to change,” said Sam.

“These are often choices men do not have to consider, and it’s not really a ‘choice’ at all when work and childcare end at the same time.

“I created the SMBN to support those women who are trying to build their own businesses because they want to continue working but are locked out of the workplace in line with their salary and skillset.

“Benefits would not be needed if presenteeism, for the sake of an hour overlap between work and childcare was tackled.

“The network is aimed at supporting those women and tackling the stigma they often face due to misconceptions, whilst raising awareness of the companies that prey on them to work for free.”

The SMBN awards recognise the achievements of women who are single mums, and both men and women support the awards.

You can read more about Sam’s amazing entrepreneur journey @ https://sjpcollective.com/about/