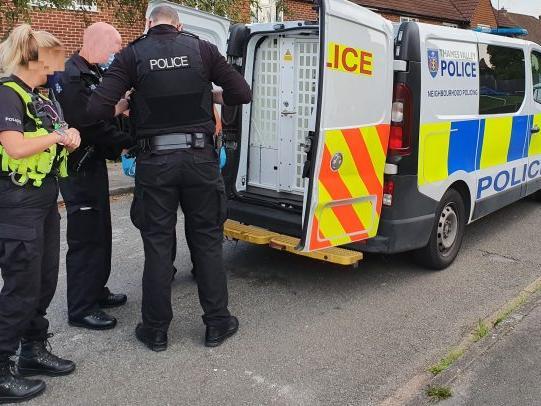 The addresses were in MK, High Wycombe, London and Kent.

The raids were part of Operation Venetic, which was launched in July and led by the National Crime Agency (NCA) working in partnership with every Regional Organised Crime Unit and police force in the UK.

This operation saw a “huge breakthrough” in the fight against serious and organised crime, said a police spokesman,

It involved the takedown of a bespoke encrypted global communication service used exclusively by criminals.

“Thousands of handsets have been monitored, millions of messages have been analysed and intelligence gathered across the country and overseas has revealed the illicit activity of people using this system around the world,” said the spokesman,

Assistant Chief Constable Pete O’Doherty, South East Regional Lead for Serious Organised Crime, said: “Back in July, I warned that work was continuing to track criminals that may have felt untouchable, using a system they thought was under the radar of law enforcement, but the technology is being used against them.

“Today, this operation demonstrates that this work never stops and SEROCU, along with all our partners, will continue to pursue those who are involved in serious and organised crime.

“There is nowhere to hide.”

Mr O’Doherty added: “I’d like to take a moment to thank the officers and staff from across SEROCU and our local forces, who have been involved in this operation today. We will keep working tirelessly to disrupt this criminality and bring those found to be involved to justice.”