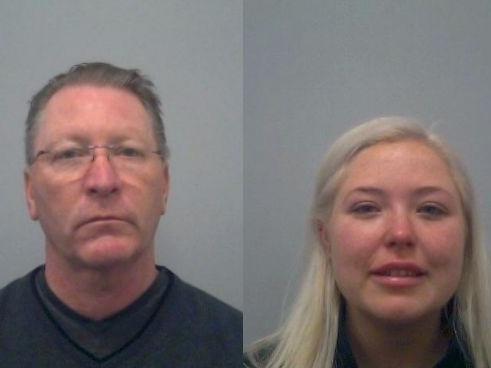 The pair made fellow residents’ their lives so unbearable that they were too scared to leave their homes or invite visitors over for fear that they would be verbally abused, say police.

Now, after appearing at Milton Keynes Magistrates Court, the tormentors have each been issued with Criminal Behaviour Orders (CBOs).

The Rolsons are father and daughter

They were sentenced to an 18 month community punishment order, a 20-day rehabilitation requirement, and ordered to pay £90 victim surcharge and £85 in costs.

After the case, Sergeant Tom Neilson from the South Milton Keynes neighbourhood team said: “These orders should give local residents the peace of mind that life can return to some form of normality and that, should they arise, any further incidents will be dealt with robustly.”

He added: “This father and daughter have undertaken a prolonged and sustained campaign of harassment against several of their neighbours. During this time they have subjected residents to threats and abuse and have made their lives unbearable, leaving them feeling like they were unable to leave their homes or invite visitors over, due to the fear of them also being subjected to verbal abuse.

“These CBOs send a clear message that Thames Valley Police take incidents of harassment seriously and the courts take a similar view to those who have such a significant impact on local communities.

The CBOs, which are in place for two years, prohibit Stuart and Natasha from intimidating, pestering, harassing or using any threatening or abusive language against any resident of Muddiford Lane.

It also prohibits them from using any mechanically propelled vehicle to cause an unnecessary obstruction to a highway within Muddiford Lane or to cause residents any harassment, alarm or distress.

Museum to open next week in Milton Keynes